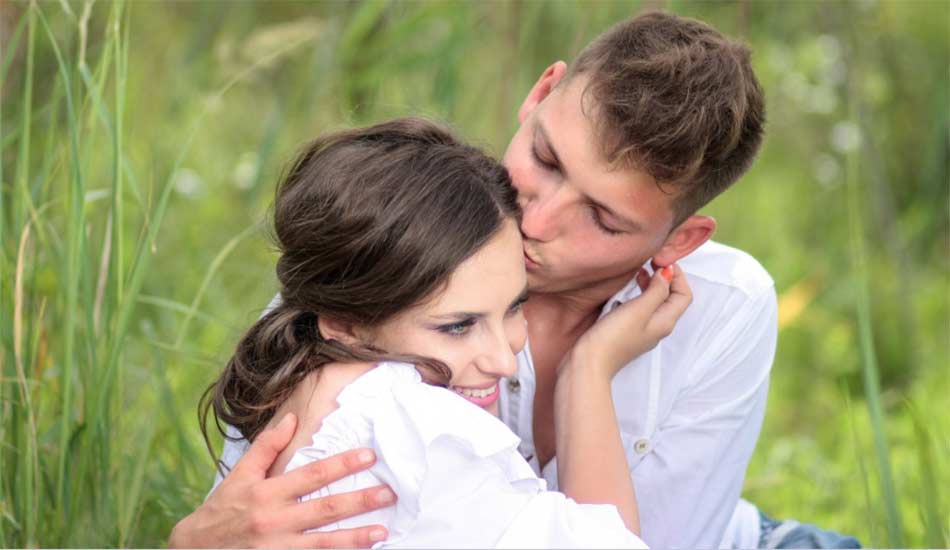 Clearly, knowing what makes a man fall in love and commit is a very subjective question and the answer may be as varied as the men being questioned.  If you’re being honest about it, you know the same is true for you.  It can be hard to pinpoint a single thing, a certain quality that makes you fall in love with another person.

Sometimes when it happens you just know and there’s no explaining it.  All of which doesn’t make things any less frustrating for women who are trying to figure out what they can do to make a man serious about them.

The truth is that while it may be hard to pinpoint specifics there are some general qualities that will usually spark any man’s interest and get him thinking more seriously about you.   These qualities stem from the basic needs that men have and how well any particular woman fulfills them.

If you can understand the way guys think and what they are looking for, then your chances of actually getting over that commitment speed bump are much better.

Guys Want To Be Protectors

It’s a natural instinct all men have to want to protect and defend their woman.  It’s the whole “knight in shining armor” idea and it matters to men just as much as it does to women.  Men have a need to show that they can be strong and brave and that they can provide for their woman.  At the same time, this doesn’t mean that they are looking for a helpless woman who has to depend on them for everything; far from it actually.

There is a lot to be said for having a healthy amount of self-confidence and guys actually find that very alluring.  That self-confidence needs to be tempered to a degree, though.  Asking your guy to do things for you that you know he excels at or asking his opinion goes a long way toward building up his ego and making him feel like he is providing for you.  When he does do things for you, it’s important that you thank him for it as that shows that you recognize and appreciate how he cares for you.  Which leads directly to the next point…

This isn’t really hard to understand.  We all like to feel appreciated from time to time, to know that others see the good in us and value it.   It’s all part of feeding our egos and men are certainly no different on this point.  They may not admit it readily but men tend to have a fragile sense of self-esteem and so they need to have it bolstered.

Most men will be much more willing to commit to a woman who makes them feel special and important.  This is especially true if you do it in front of his family, friends, and colleagues.  Showing the people he’s closest to how important he is to you makes him feel better and more importantly, it may make him feel that he’s lucky to have you.

Of course, boosting his ego is one thing but you don’t want to go overboard with the complements or it may seem cloying or worse, insincere.  You know what it is that you love about your man, just make sure that he knows it too and that you’re glad to be with him.

The cliché about long-term commitment is that couples become too comfortable with each other and that comfort equals boredom, but that doesn’t have to be the case.  Being comfortable is a good thing; in it’s necessary for building a stable relationship.  No man is going to commit to a woman that he doesn’t fit well with.  The more comfortable you are together, the less threatening a commitment may feel.  Everything seems to come more naturally and he may feel like he can relax and enjoy being with you without having to explain how he feels.

You can create that kind of bond by doing things together and finding interests the two of you can share.  The more in sync you are with each other, the more natural it will seem to move to the next step and commit long term.  After all, being together long term is about more than just romance.  The hearts and flowers are a wonderful part of any relationship, but being in it for the long haul means being on the same page, being two halves of a whole.  That kind of unity can’t exist if you’re not comfortable in each other’s company.

Guys Need Room to be Themselves

While doing things together is certainly important in terms of forming a bond, it doesn’t mean that either of you should give up your independence either.  You are each unique individuals and you have to make sure not to lose sight of that.  A man wants to know that you appreciate him for who he is and aren’t trying to change him into something else.

He also needs to know that you aren’t threatened when he steps out on his own.  That kind of trust can go a long way toward building a man’s self-confidence and getting him to make a serious commitment.   To do that, you need to give him a little room to indulge in his own interests and follow his own dreams, but at the same time let him know that you’re there for him.  The more you can support him and love him for who he is, the more confident he’ll feel and the more likely he is to love you for it.

When you think about it, getting a guy to fall in love and commit isn’t really any great mystery.  Men are human and they want the same things we all want…to be loved, to be accepted and to be appreciated.  They want to feel as if the woman they are with is happy with them just the way they are and that they can just be themselves and breathe easy.

[su_pullquote align=”right” class=”pquote”]Happy is the man who finds a true friend, and far happier is he who finds that true friend in his wife.
– Franz Schubert[/su_pullquote]There is no bigger turn off than feeling like you are constantly being judged unless it’s feeling like you’re always coming up short.  That can leave anyone, man or woman, feeling tense, uncomfortable and down on themselves and that’s no place to be starting a long-term relationship from.

Unfortunately, when we become focused on getting a man to commit we can lose sight of what it really takes to make a relationship work.  You need to stop worrying about being the “perfect” woman so that you can ease your man into a long-term relationship.  Instead, you should just be who you are, with all of your quirks and tiny flaws.  They don’t make you imperfect, they make you unique and it’s only when a guy can appreciate those unique qualities that he’ll be ready to commit.  And here’s the biggest secret…he wants you to do the exact same thing for him.

The worst thing you can do is create some concept of the ideal man and try to make every man you meet fit into that pattern.  You know how frustrating it can be when you’re trying to jump through someone else’s hoops, why would it be any different for him in that position?  Men want to be accepted for who they are, to know that they don’t have to be perfect in order for you to love them, that they are good enough just as they are.

You wouldn’t be with him in the first place if there hadn’t been something that attracted you.  What you need to do is celebrate whatever those qualities are and let him know how much they mean to you.

It’s really that simple, but if you expect men to tell you all this you’ll be in for some disappointment.  It’s not that they’re trying to be difficult, it just that expressing their feelings doesn’t come naturally to most men.  They know what it is that they want but that doesn’t mean that they can verbalize it, although that doesn’t mean they won’t let you know in other ways.  Men are much more likely to show you how they are feeling than tell you, so you need to be aware of the signs he’s sending out and learn how to read them.

When it comes right down to it, the more comfortable a guy feels around you, the more he’ll appreciate being able to relax and be himself and that’s when his thoughts are likely to move to long term commitment.

There isn’t any magic formula for getting from dating to commitment, you just need to use common sense and listen to your heart.  You also need to be patient with your man, as there’s no time frame for this kind of thing either.  Just know that when he feels right about things, he’ll know and then he’ll want to spend the rest of his life with you. 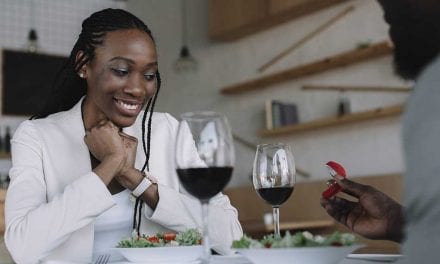